The Amazing Journey of John Perkins (part 2)
by Roberta Rand 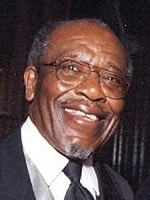 After the death of his brother Clyde, John Perkin’s life seemed to spin out of control. Depressed and consumed with rage over his brother’s murder, he dropped out of school. Then his grandmother — his last close family relation — passed away.

With no real place to call home, John lived with various cousins and briefly with an aunt in Jackson, Miss.

John’s extended family were increasingly concerned that the storm brewing inside him could lead him to avenge his brother’s murder — a certain death sentence for John. So in 1947, the family scraped together $40 for a train ticket to Los Angeles, Calif, where the economy was booming and jobs were plentiful; they hoped John could start a new life there.

A Fresh Start
When he arrived in Los Angeles, John was met at the station by his cousin Willie Mae. She introduced him to a distant uncle who agreed to let John share quarters in a rooming house in Monrovia, a suburb of Pasadena.

“Segregation and racial discrimination existed in California,” John explains today, “but attitudes were more relaxed and there were opportunities for a black man to succeed that were not possible back in Mississippi.”

In California’s sunny and optimistic economic climate, John quickly found employment at a steel foundry, digging ditches for the placement of machinery. It was far from his dream job, but John was determined not to be in that position for long. He believed strongly that by doing his best, he would move up.

And he did. Impressed by John’s energy and work ethic, the foreman quickly promoted him to lead man.

Coincidentally, with California’s booming post-war housing market, demand for steel skyrocketed. Too meet the demand, the company would have to come up with a more efficient production process.

John’s supervisors tapped him to head up efforts to develop an assembly line system. He spent nearly a year designing and developing a workable assembly line — which, ironically, put him in charge of several whites. He was only 18 years old.

Finding the Love of His Life
In 1949, John returned home to Mississippi for a visit. Because the church was the only organized source of community life for blacks in that era, the revivals held there from time to time were also major social events. Even non-churchgoers like the Perkinses attended.

It was at one of these events that John spotted Vera Mae Buckley, a former childhood playmate. He determined to win her as his wife.

On the surface, it seemed unlikely that Vera Mae’s family would approve of John as a suitor. But the family saw something special in John. He didn’t drink or get into trouble. They knew he was a hard worker. And John and Vera Mae had much in common. They shared the same strong work ethic. And like John, Vera Mae had also been raised by her grandmother.

So John began to court Vera Mae. After he returned to California, he wrote her regularly — which was hard for him, having had little formal schooling and poor literacy skills.

New Worlds, A New Perspective
In 1951, with the beginning of the Korean War, John was drafted into the Army. Under President Truman, the military was fast becoming a model for racial integration. It was an environment in which blacks could expect to achieve the same career success as their white counterparts. When John began basic training at Fort Ord in California, he resolved to take full advantage of every educational opportunity the military service provided.

John thrived in the Army. He was encouraged by a black captain who paid special attention to him, quietly pushing John to excel. He learned self-discipline and flourished under his leader’s command. He also took advantage of opportunities to improve his reading and writing skills.

More worlds opened up as he voraciously consumed books on economics, politics and world affairs. He studied great world leaders and their philosophies of leadership. He learned about capitalism — concluding that private ownership was the key to wealth and advantage. He strongly identified with peoples around the world who struggled against colonialism.

During a three-week leave, John brought Vera Mae out to California. They married and spent their brief honeymoon in Los Angeles before he was shipped to his duty station on Okinawa, Japan. Vera Mae went back to Mississippi to stay with her grandmother until John’s tour of duty ended.

Setbacks . . . and Success
Along with the opportunities John encountered, there were also temptations. As often happens when soldiers are stationed far from their wives and families for extended periods of time, John began to stray. Even after he returned from the service, he continued to sow his wild oats.

With their marriage a shambles and on the verge of divorce, Vera Mae left John and went home to Mississippi. She was a few months pregnant with their first child.

With Vera Mae gone, John had lots of time to think about the bad choices he was making. He’d never fallen out of love with Vera Mae and he soon realized that he needed his wife and child. In 1954, a cautious Vera Mae returned to California with 8-month-old Spencer in her arms.

Seeing his son for the first time, John knew immediately that he had to save his marriage. The healing process was slow, but by the time their second child was born, John had matured and grown into a fully committed father and husband.

John remained driven in his career, determined to achieve the American Dream of the white middle class. Starting out as a welder’s assistant for a grocery store chain, he rapidly worked his way up to a management position.

His hard work paid off, but one price he paid for his obsessive ambition was an ulcer — he was only 27.

Oh, Happy Day
John always had an immense curiosity about spiritual matters, but as a young man in New Hebron, he didn’t trust the preachers who seemed like hypocrites to him, skimming off the collection plate and flaunting their Cadillacs and expensive suits. Nor did he like the emotionalism of church services. In his arrogance, John looked down on black Christians who he perceived as complacent and too willing to submit to Jim Crow laws and white domination.

But John also loved his wife, who was a devout Christian. He’d seen how her family’s strong faith had shaped them as people of integrity. Though his heart wasn’t really in it, in deference to Vera Mae, he attended church — even ushering on occasion.

Even then, an infinitely patient God was at work in John’s heart, reshaping his thinking, softening his angry attitude toward the Christian faith. Vera Mae sent 3-year-old Spencer to Sunday school at a small church near their home. When Spencer returned each time repeating Bible verses he’d memorized, John was impressed, his curiosity piqued.

About the same time, John's friend Calvin Bourne invited him to attend his church in northwest Pasadena. This time, something “took.”

Though John had achieved much in his life, he’d never given himself permission to rest. He'd never understood the concept of God’s grace. His was a life fueled by anger, ambition and the need to succeed in the white man’s world.

Only on that day, when he and his family stepped inside Bethlehem Church of Christ Holiness, would John finally discover the peace and unconditional love his spirit had hungered for all those years. The church embraced John and Vera Mae immediately, taking them to their hearts.

“For the first time in my life," John says, "people actually accepted me and made me feel I belonged.”

John developed an insatiable curiosity about great leaders of the Bible. Teachings of strong Christian disciples inspired him and helped him see why a man like the Apostle Paul would work selflessly for a cause — not just for status or social respectability.

As John’s relationships in the church and his understanding of God’s grace deepened, the gnawing loneliness inside him went away; he accepted Jesus Christ as his Lord and Savior.

A New Calling
The change in his life was immediate and profound. He no longer felt the need to prove himself to the world, because he knew he was totally loved and accepted by God the Father.

Though he would continue to work hard, his vision now was to serve the Kingdom. Over the next few years, healing continued to take place in John’s heart as the Lord led him to people who would act as spiritual mentors. One by one, God was binding up John’s emotional wounds and bringing him into an ever-closer relationship with Him.

Through his involvement with the Christian Businessmen’s Committee of Arcadia-Monrovia, John became aware of an evangelism opportunity. He learned about a prison work crew consisting of boys, some as young as 13, assigned to hard labor in prison work camps in the San Bernardino Mountains.

John recognized that these boys (many of them black Mississippians), conditioned by Southern racism, felt no sense of personal pride or self-worth. Their programmed sense of inferiority was so ingrained, it sabotaged any hope of achieving even the smallest success in life. Consequently, they turned to crime.

John felt a kinship with these young men as he remembered his own desperate youth and the roiling rage that had kept him spiritually bound and blind. He knew he was being called to share God’s message of hope and grace with them. He was well received in this work and many of the boys he discipled accepted Christ during this time.

John became more and more convinced that in order for his native Mississippians to break free of their psychological chains, someone needed to share God’s message of freedom with them while they were young. A new vision began to take shape in his mind — a vision to return to his native Mississippi and start a child evangelism outreach.

Yet when he told Vera Mae and the family, they were not amused.

In part 3, Dr. Perkins describes the beating that almost snuffed out his life — and where God has brought him today. If you missed it, be sure to also read part 1.