Confessions of a Survivor
by Greg Asimakoupoulos

I'm a survivor. No, I didn't win a million dollars by outplaying, outlasting and outwitting contestants on a reality TV show. A decade ago I survived a different jungle: clinical depression. 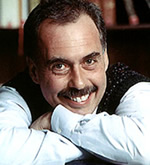 My pastoral ministry at Crossroads Covenant Church in Concord, Calif., was thriving. Attendance was up. Complaints were down. Then, without warning, I lost my balance and fell into a dark emotional basement. Years of workaholic tendencies led me to the top of the stairs, but a couple of unexpected events tripped me up: I discovered an irreconcilable conflict with a staff member; and my father nearly died from a massive heart attack. Each morning when I looked into the mirror, I was reminded of my own mortality and imperfection.

It was more than I could handle. One day life seemed meaningless. The next day I felt the same. I was continuously sad. No matter how I tried, I couldn't concentrate for any length of time. I saw the blue sky and green hills surrounding the church as black and white (mostly black). The sound of my ringing telephone drove me to the edge.

I'll never forget the emotional paralysis I felt standing before the congregation on Easter Sunday. They were expecting good news about the power of the living Christ made possible by the empty tomb. As far as I was concerned, it was still Good Friday. I felt like a hypocrite.

My superintendent recommended a sabbatical, but the church board said it wasn't feasible financially. Ministry had to continue, and I had no choice but to gut it out and pack a survival kit. Here are several invaluable items that helped me continue to pastor while coming up from the basement of depression.

1. A Christian therapist. Though it was initially hard, I took the medicine I'd prescribed through the years to numerous couples: I sought a counselor. When he told me my condition had a name, I had reason to hope. My condition was curable. His capable insight and prayerful counsel gave me courage to admit my failures and face my fears. I even came to a point where I looked forward to therapy. My shriveled self-image rebounded. I was affirmed, and so was my call to ministry.

2. Journal. One of my counselor's suggestions was to journal. Given my diagnosis, anger, apathy and confusion were to be expected. They were also worthy of being chronicled. Because my soul was parched, I wasn't motivated to spend time with the Lord. Yet, I didn't mind writing Him notes that documented my dilemma. By funneling my feelings, or lack of them, to a notebook, I was able to evaluate my thoughts. Dawson Trotman of the Navigators once said, "Thoughts untangle and make more sense when they pass through articulating fingertips."

3. Confession. I was in too much inner pain and turmoil to pretend. I candidly admitted to the congregation one Sunday that I was clinically depressed. I told them I was seeing a Christian counselor. I asked them to pray for me. In addition I asked them to be patient with me while I healed. My initial fear — that such an admission would result in rejection — was unfounded. The cards and letters (and even some grating telephone rings) reminded me I was loved.

4. Preaching aids. Thank God for the 50-Day Spiritual Adventure, a preaching and worship resource. A pastor in depression is in survival mode. Thus, I was grateful for whatever resources I could find that saved time and energy. Having previously used a coordinating worship and preaching curriculum, I ordered sample sermons and illustrations. Then I cut back on nonessential tasks at church. General visitation was put on hold. Non-emergency calls were handled by other staff. Non-personal mail was sorted and distributed to members of the board, according to the committee hats they wore.

5. Pastoral care. For the first time, I consciously took care of the pastor. My wife got the kids to school while I slept in, drank coffee and watched "The Today Show." When I told the board I was bone weary and needed more rest, they didn't protest. As a result, the guilt I felt at first putting in less than a full day slowly evaporated. The more rest I got, the more energy returned. I discovered that by adding aerobic exercise to my daily routine, my nightly rest was more replenishing. Since jogging had never been enjoyable, I wore out my Nikes walking several miles a day.

6. Family time. As I came back to my senses, I recognized that my wife and children were members of my congregation with whom I hadn't spent much time ministering. So I took time to make up for that oversight. We went for walks, picnics, day trips on Saturdays to the beach. We watched television. Would you believe I even played dolls with my girls on the family room floor? My wife and daughters loved and accepted me simply for my presence — as fragile as it was. My job performance, preaching skills or ministry success was not the basis of their affection. In the atmosphere of their unconditional love, the black clouds of despair eventually lifted.

It's been almost 11 years since my nine-month bout with depression. Interestingly, I can say that my life is richer for the experience. No, I didn't win a million dollars or become a television celebrity. But I did survive. And in the process I tasted flavors of God's grace and gained understanding of my own limits — limits I previously didn't know existed.